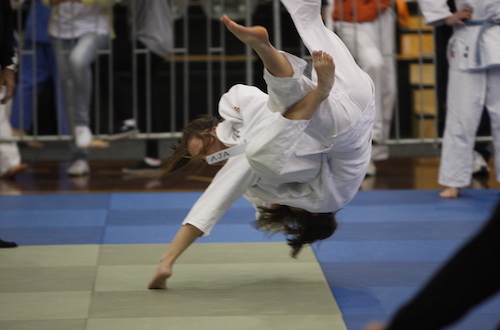 Judo is a relatively young martial art. It was developed by Professor Jigoro Kano, a Japanese educator, initially as a system of moral and physical development.

The first Judo “club” (the Kodokan) was established by Professor Kano in 1882 – much more recently than the first rugby club in New Zealand (Nelson, 1868).

Over time Judo has evolved and spread globally. In addition to the original intentions of physical and moral development, Judo has become an international sport. It has been included on the Olympic Games program since 1964, and is also a core sport at the Commonwealth Games.

There are now over 200 countries affiliated to the International Judo Federation, making Judo one of the most widespread sporting codes.

Judo is practiced in a Judo Club. It involves the study and application of a wide range of techniques executed from both the standing position, and also grappling on the ground. Striking of any nature is forbidden (no kicking or punching!)

The techniques can be practiced co-operatively when learning or practicing Judo recreationally, or competitively (in varying levels depending on skill and experience from beginner to Olympic level).

The acquisition of Judo skills and knowledge is regularly assessed using national standards of teaching and assessment. Successful examination results in the awarding of grade, recognised by an internationally accepted progression of coloured belts.